From Baghdad to Beirut

Both countries are unraveling, but internet attention to only Lebanon has remained high 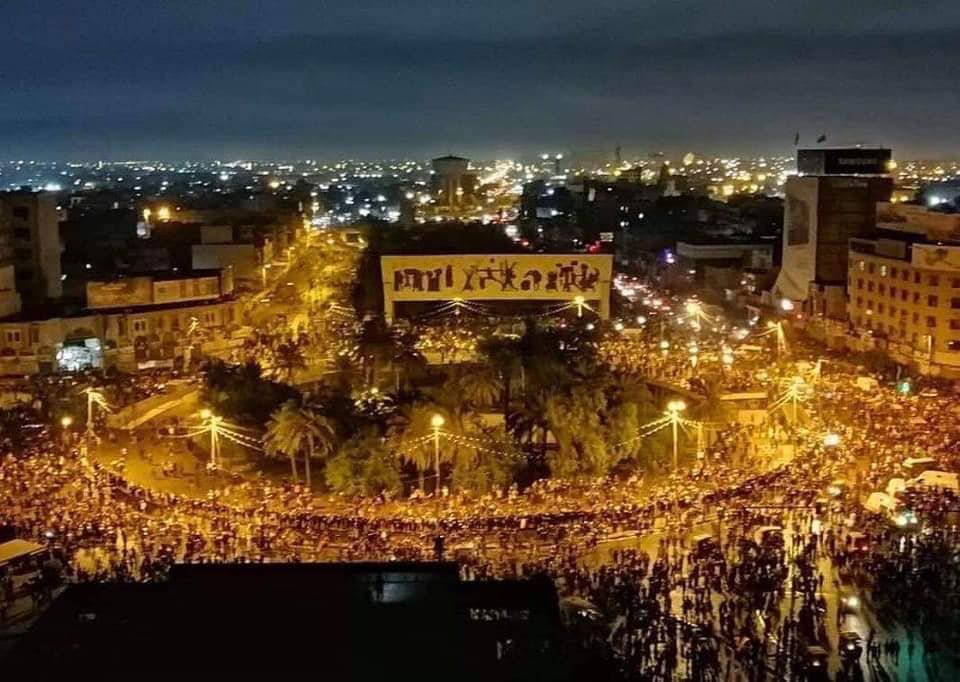 Unrest continues to roil Iraq and Lebanon. In both countries, the proximate causes are similar and familiar: people are fed up with corruption, poor economic conditions, and political marginalization. Protests in Iraq have turned violent, and an ensuing security crackdown has led to more than 250 deaths. Demonstrators in Lebanon have forced the resignation of Prime Minister Saad Hariri and closed roads, schools and businesses. In both countries, the upheaval appears unlikely to abate. Yet online attention to the situation in Lebanon — and the country’s government — remains high, whereas interest in Iraq has fallen off.

As the charts below show, overall online attention to Iraq has declined even as the protest movement has escalated. Meanwhile, online interest in Lebanon remains high. 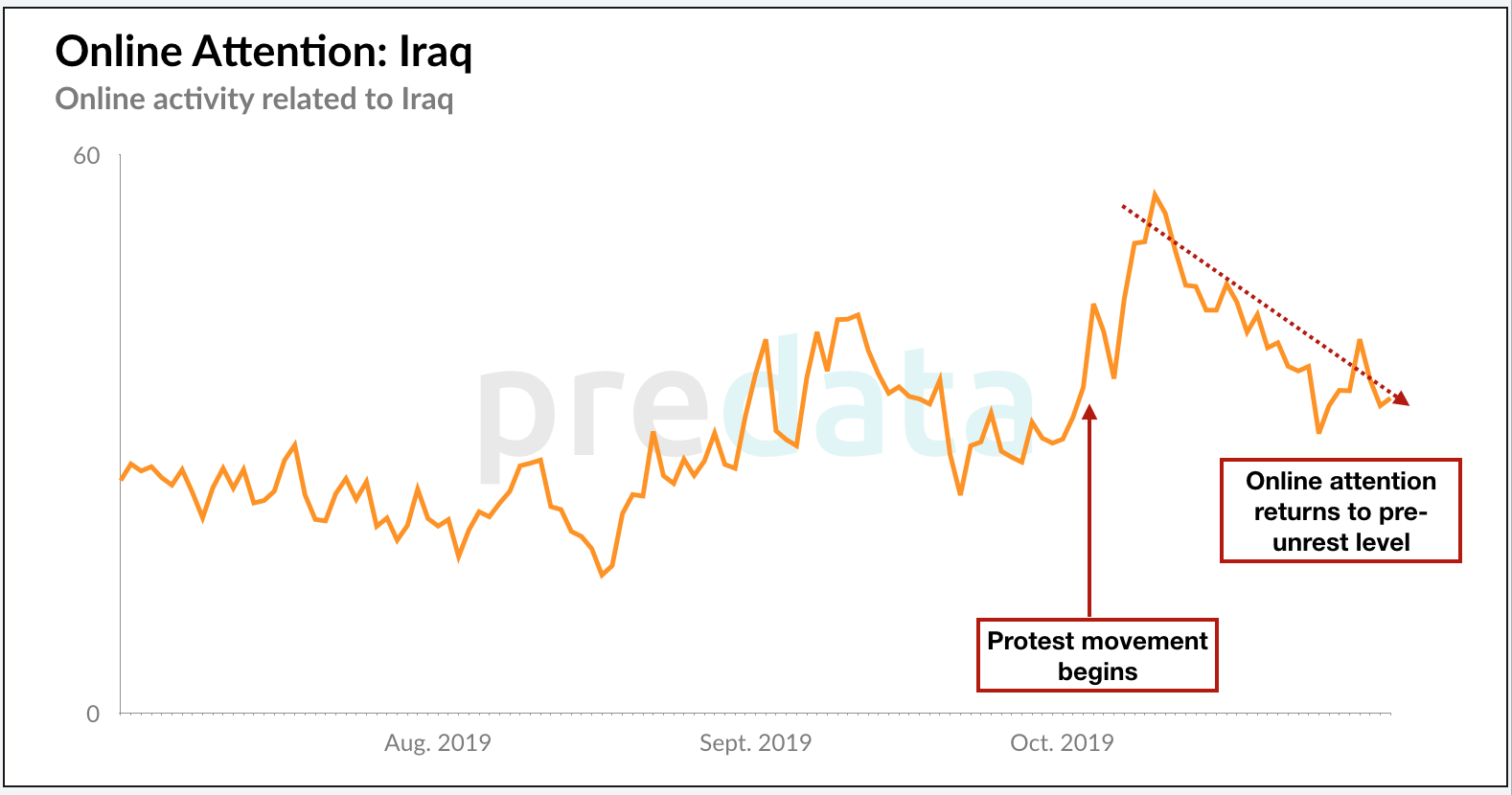 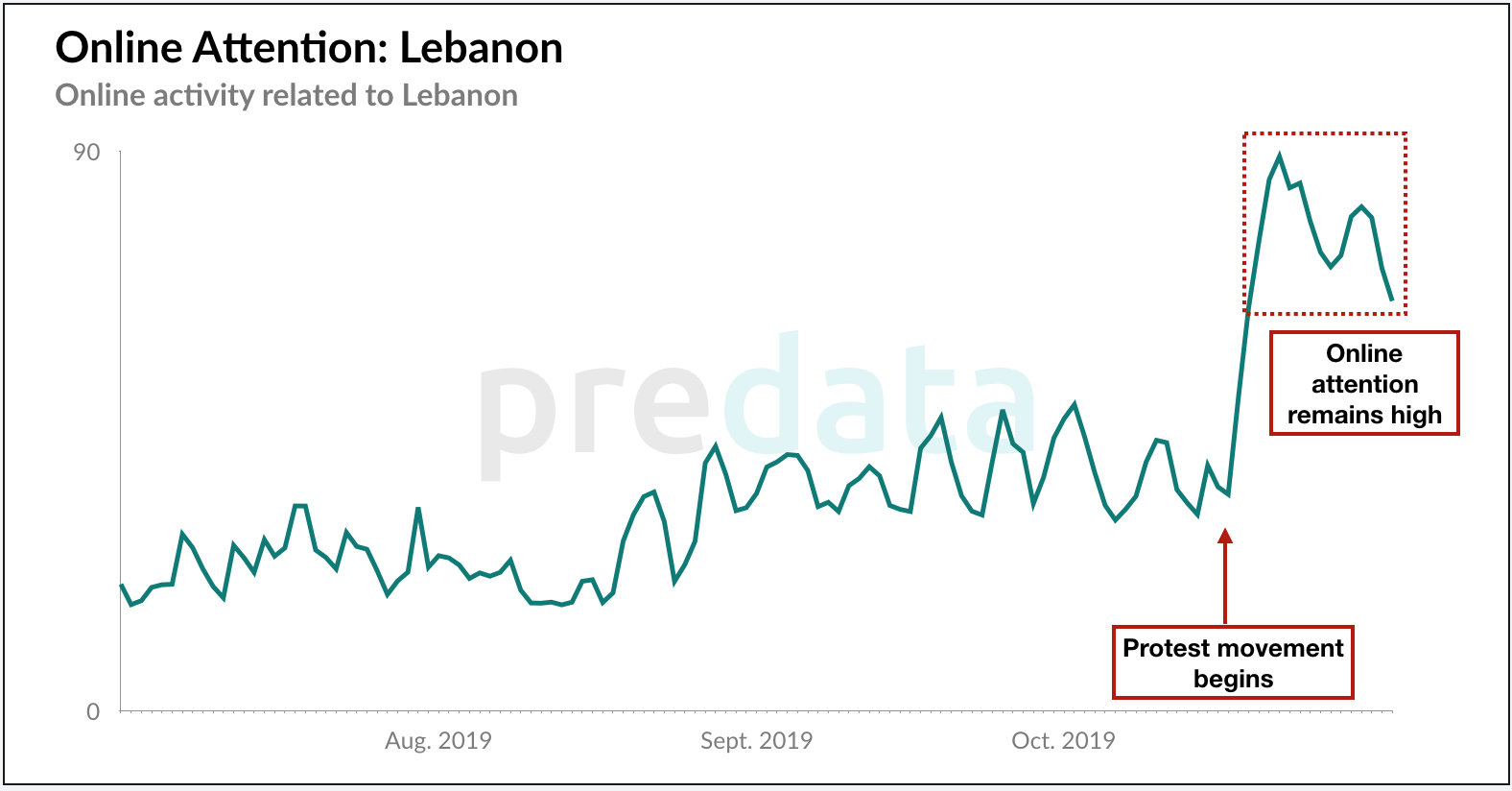 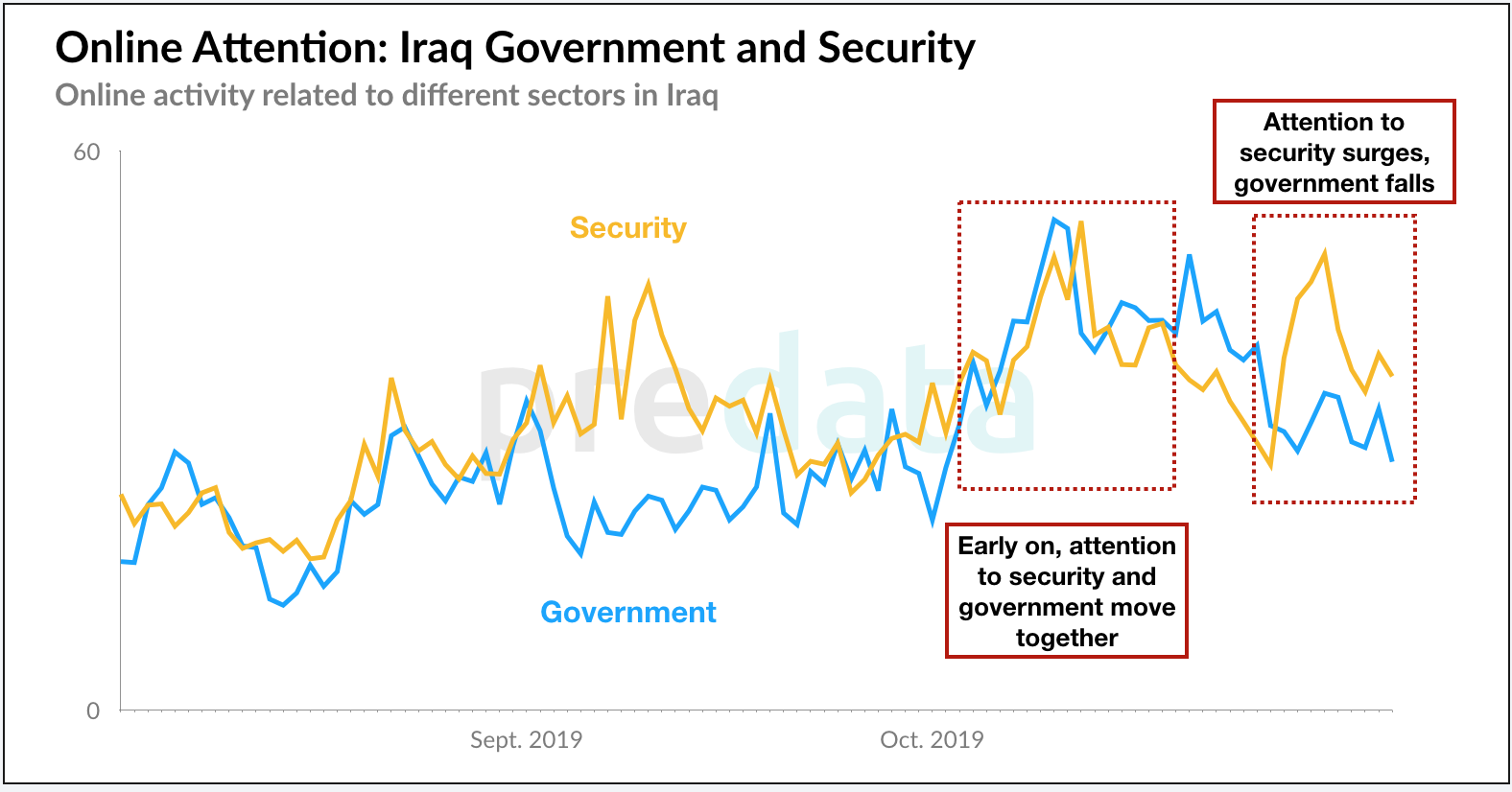 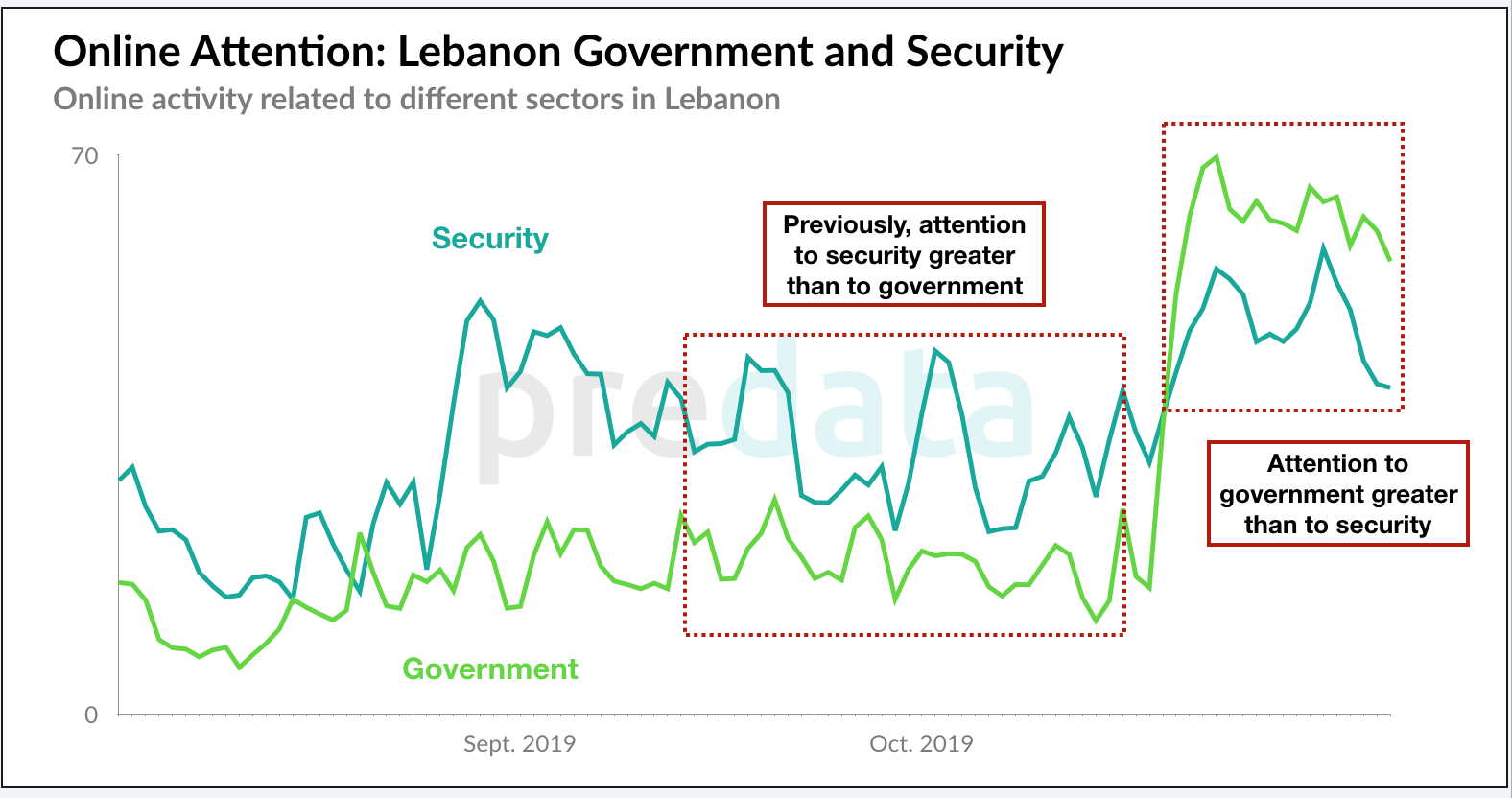 This continued heightened attention to Lebanon’s government — even after PM Hariri’s resignation — may mean that online observers are considering the possibility of further reform. As the protests have escalated, so has online attention to Hezbollah, the Iranian-backed militant group that, with its allies, dominates the government in Lebanon. Hezbollah has so far refused to concede to any of the protesters’ demands for political reform. 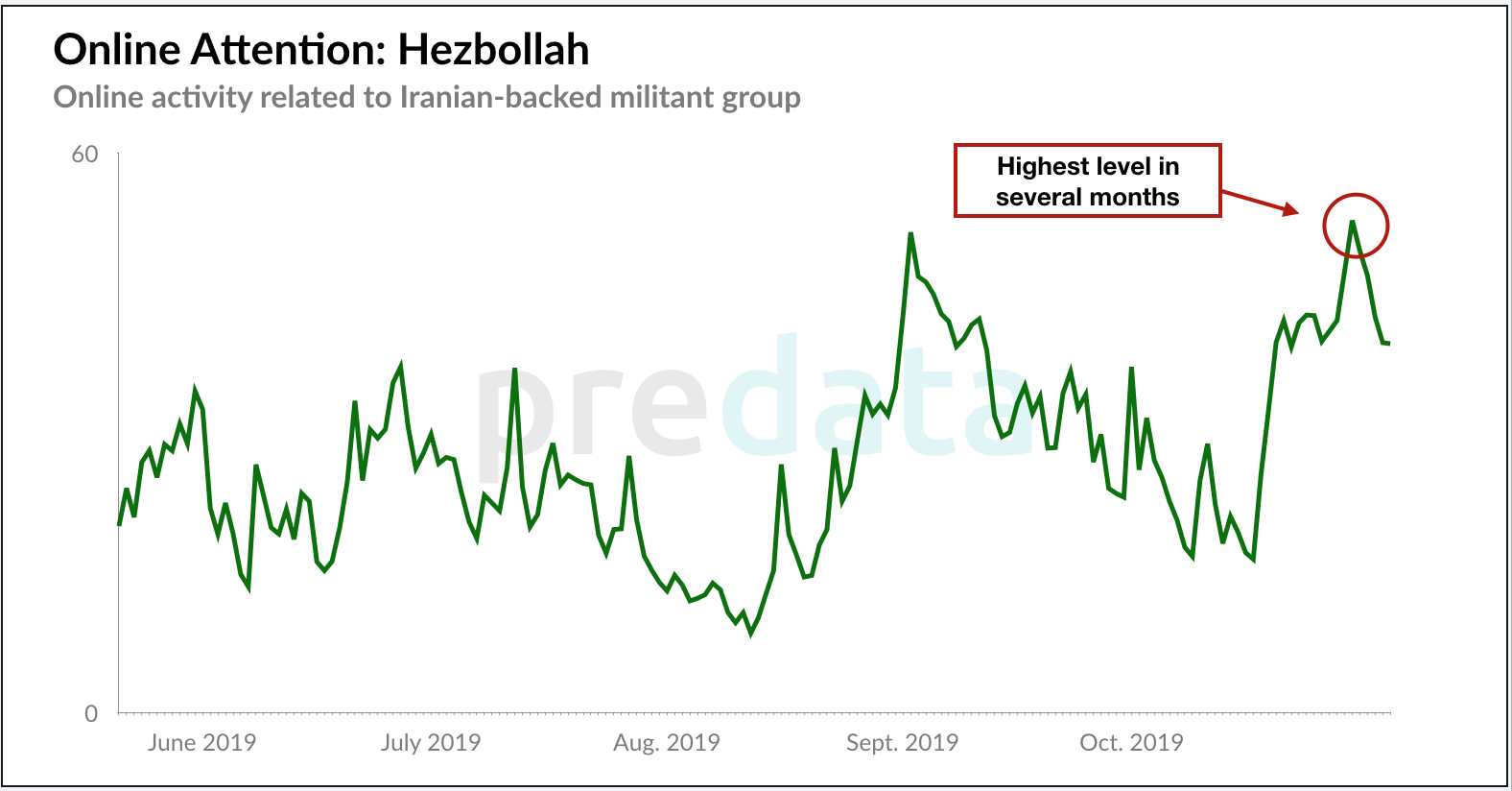 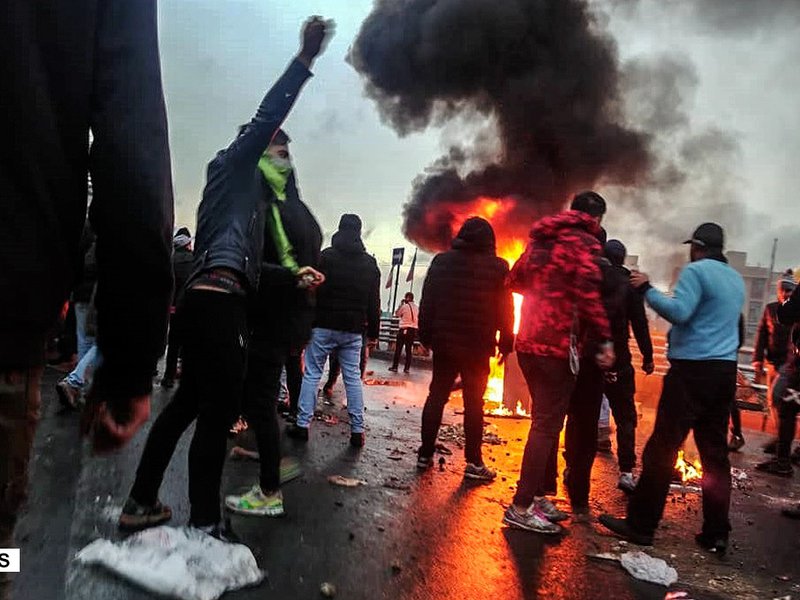 Two weeks ago, a sudden increase in gasoline prices set off a wave of anti-government unrest across Iran. The regime responded with a deadly crackdown. It shut off the country’s in...