Chile's Protests Go Beyond the Economy

Unrest may continue as attention to government, security apparatus, and the mining sector surges. 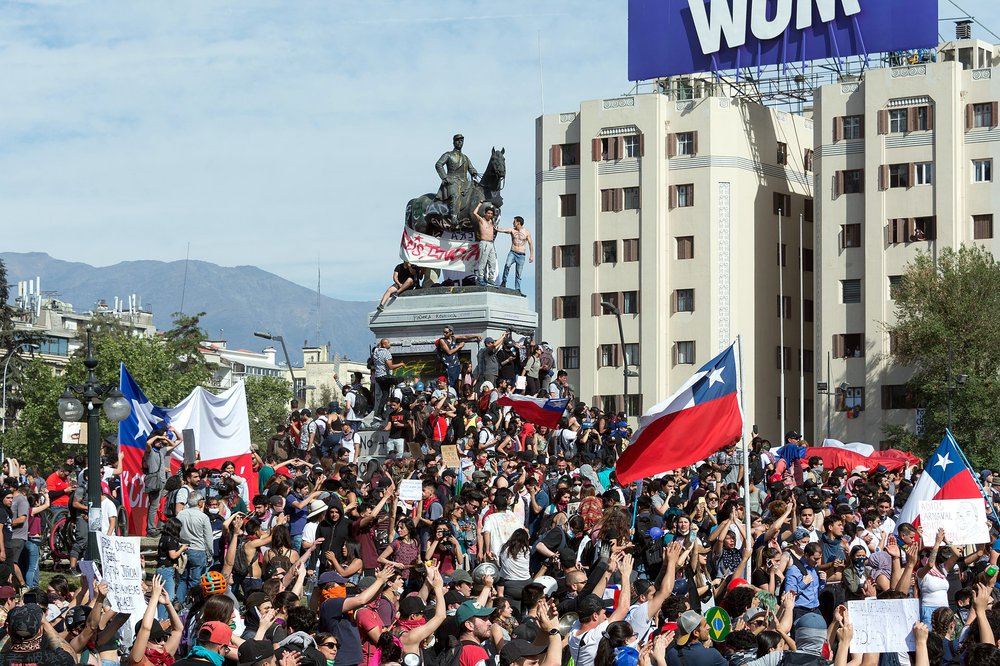 On Friday, more than 1 million people in Santiago, Chile, took to the streets. The demonstration was peaceful but capped more than a week of violent unrest over living costs and inequality, in which hundreds had been injured and at least 17 killed. In an effort to mollify the demonstrators, President Sebastian Piñera promised to dismiss his entire cabinet and introduce major social reforms. Predata signals show that the protests have morphed from an expression of economic grievance into broader uprisings over the government and security forces -- and that they probably aren’t over yet.

A hike in the price of metro fares sparked the protest movement, which quickly grew to encompass general grievances over inequality. In the days before the start of the unrest, online attention related to Chile was highest in subjects related to the country’s economy. But as the demonstrations continued and triggered arson, looting, and deadly clashes with security forces, attention shifted to the government and to subjects related to security. What these patterns of web activity show is that the protests are now about much more than socioeconomic grievances. 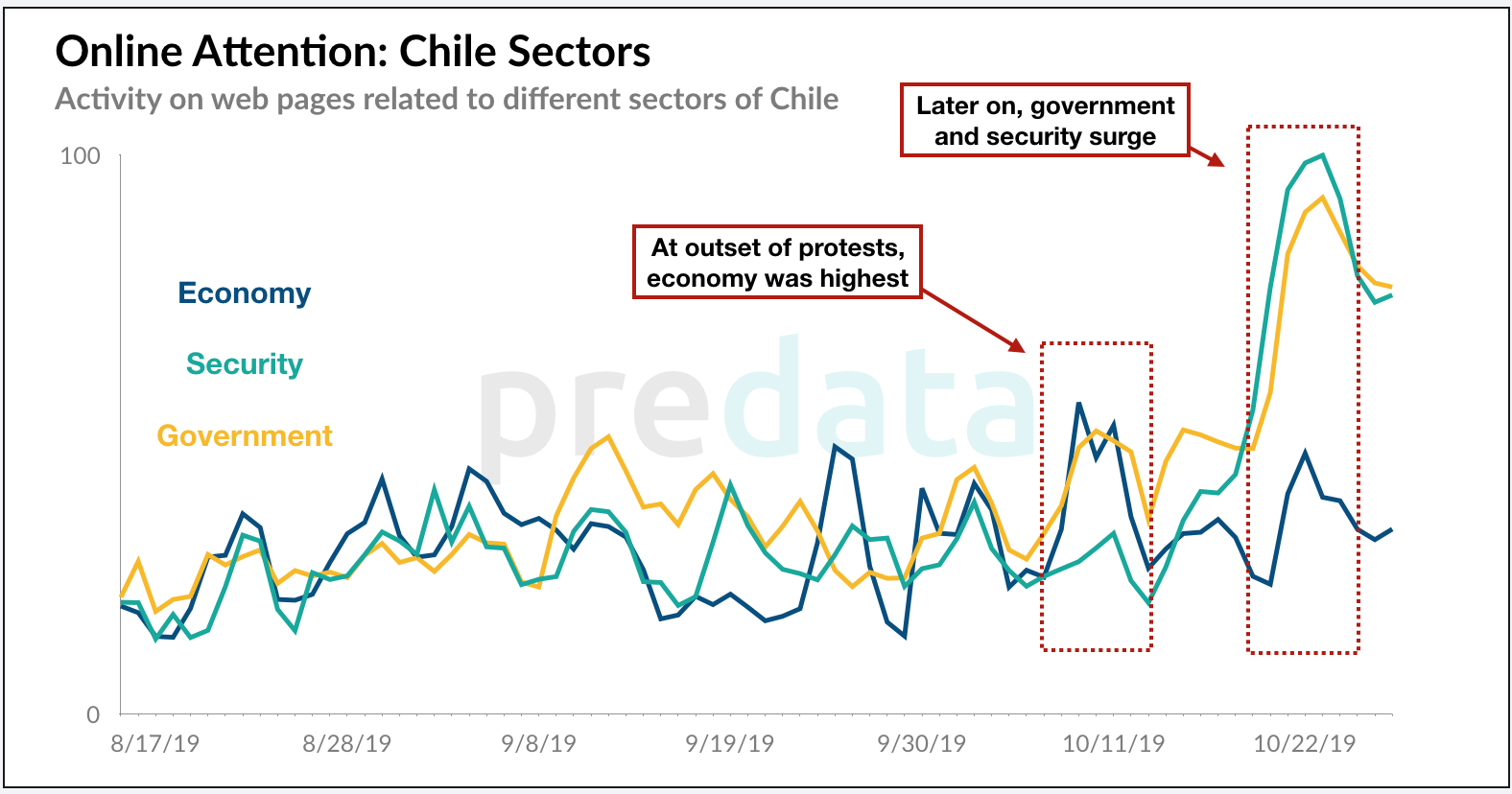 The protests have caused an estimated $1.4 billion in loses to Chilean businesses. And it now seems the unrest may affect global markets. Yesterday, unionized workers at the Escondida mine, the world’s highest producing copper mine, said they would walk off work today as a show of solidarity with the nationwide demonstrators. Chile accounts for roughly one-third of the world’s copper production. Strikes and slowdowns at Escondida in particular can impact global prices. As the chart below shows, online interest in Chile’s mining industry and labor disputes surrounding it rose ahead of the walk-off announcement. 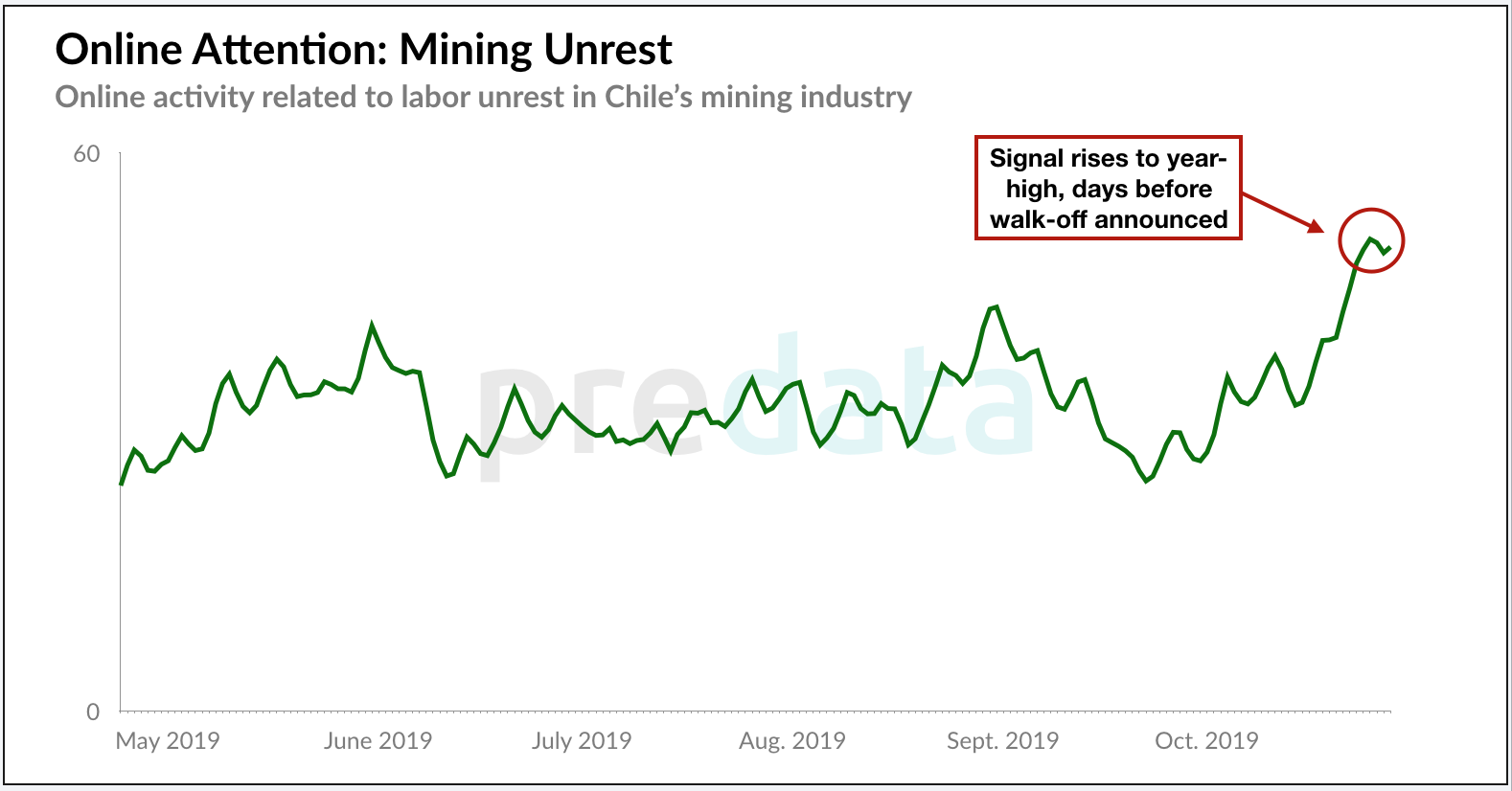 As the protests in Chile enter their third week, it seems unlikely that the government’s initial efforts to placate demonstrators will succeed. A Predata signal that anticipates incidents of economic unrest rose before the mass protests broke out on October 14. It has continued to climb since, indicating that risk of further demonstrations and economic disturbances remains. 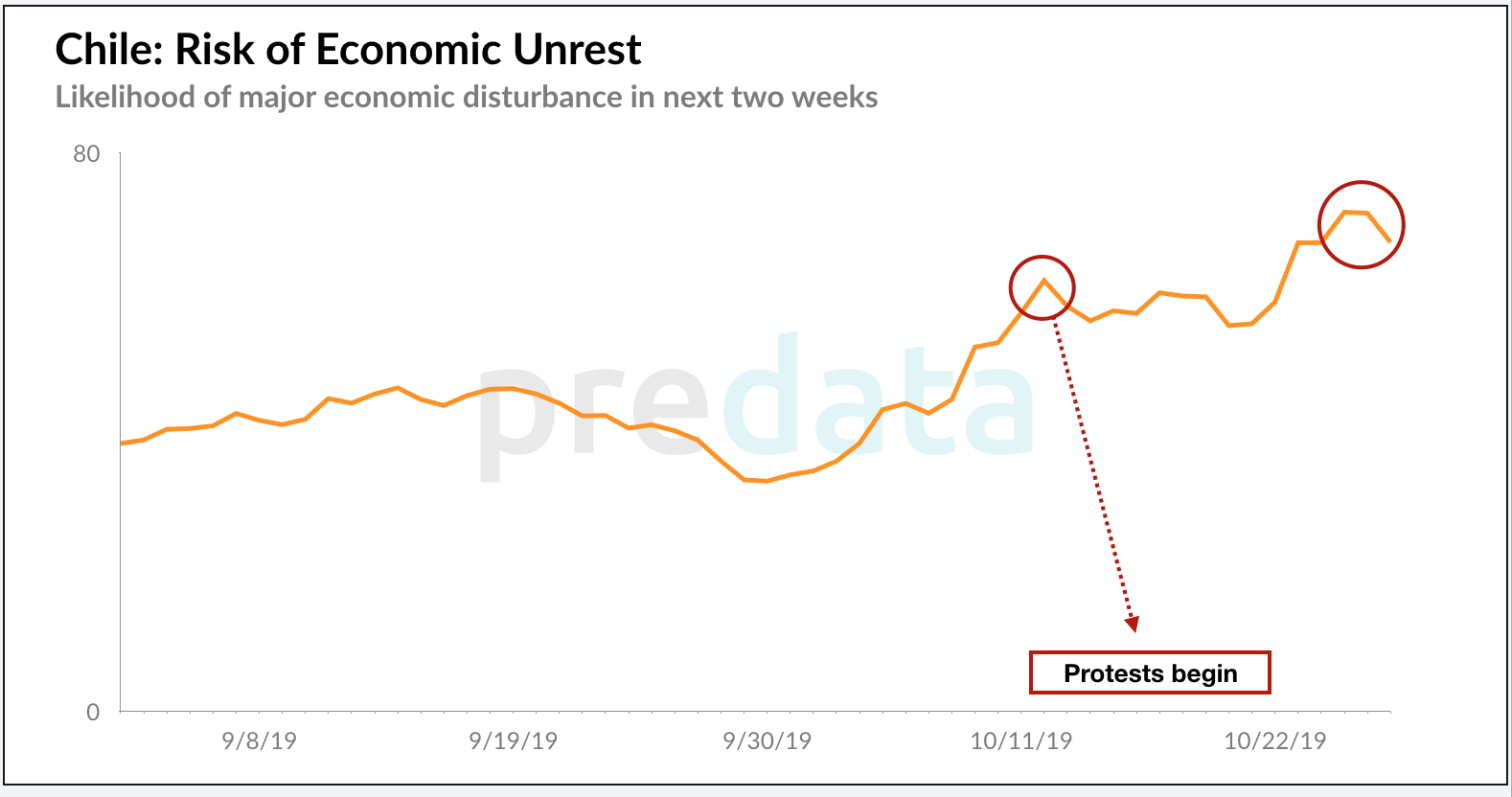